Guided tours through the Historische Stadthalle are always a wonderful experience. Wander through all the rooms at you leisure, learn about the more than 100 hundred-year-old history of the magnificent building dating from the time of Emperor William II and discover corners that are usually hidden from visitors’ eye.

Special tours
We are pleased to offer individual guided tours through the building. These can, however, take place only as and when permitted by the plan of rehearsals and other events. Changes at short notice are therefore possible.

The special guided tour (duration aprox. 90 min), costs 100 euros plus VAT for groups of up to 20 people. Above that number, the charge is 5 euros plus VAT per person.

Special tours in English are also offered (price on request). 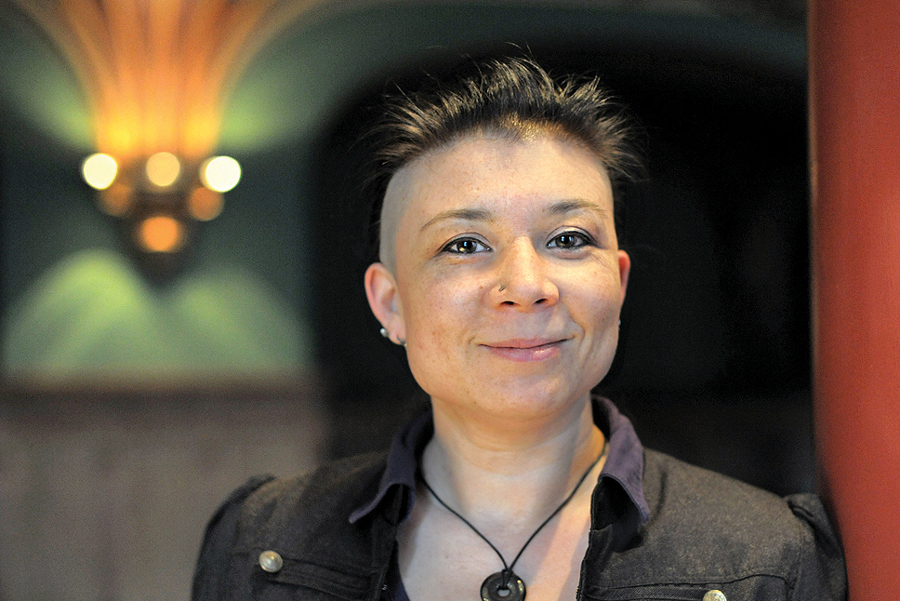 The wedding of your dreams is due in part to a venue that matches your big day. Enjoy the celebration in the splendid atmosphere of our wonderful building. Let us thoroughly spoil you (and your 50 to 500 guests).

The wedding ceremony becomes an event in itself when it takes place in one of our magnificent rooms. In principle, your journey to seventh heaven can start any day (but Sunday) between 9 am and 3 pm by arrangement with the registry office.

First, coordinate your preferred date with our office: Ms. Lea Bast and Ms. Hannah Zimmermann, Tel. +49 202 24589-67 and -78 or by e-mail (bast(at)stadthalle.de and zimmermann(at)stadthalle.de). You are welcome to view our facilities. Please make an appointment to do so.

Most wedding ceremonies take place in our beautiful Majolika Saal West. We charge 380 Euros for making the room available for two hours in order to hold the ceremony.

But of course you can also get married in any of the other magnificent rooms. The picturesque traditional slate cottage in the garden of the Historische Stadthalle also offers a charming alternative for weddings in a very small intimate setting (max. 5 persons). We charge 150 Euros for an occupancy of two hours (incl. room hire and staff costs). We would be pleased to supply you with the details and conditions for all the other rooms.

If you wish, we will take care of your extra arrangements and organize a musical programme tailored to your personal wishes and requirements. We would also be pleased to take care of the appropriate floral decorations.

What more ideal combination could there be than a wedding ceremony in the Historische Stadthalle followed by a fantastic reception with a dream menu prepared specially for you?

Culinaria, our in-house catering service, will put together a complete package comprising a selection of choice food and drinks, table settings and decoration and the hiring of the complete Rossini Restaurant – package from 89 Euros per person. Whether you would prefer to have a copious buffet with a wide variety of dishes or rather be served at your table, we will meet your every wish. Please note that hiring of the room is only included when an event takes place in the Rossini Restaurant.

With Culinaria you can enjoy a lifetime of wonderful parties starting with your wedding day all the way through to your silver wedding anniversary.

Carsten von Bauer would be pleased to offer you his expertise and creativity and to advise and inform you about all the possible (and seemingly impossible) ways of organizing receptions and parties.

Visit the Culinaria website with its wealth of detailed information on the subject of parties and dream weddings in the Historic Stadthalle. You can ask online questions about menus with no obligation whatsoever. 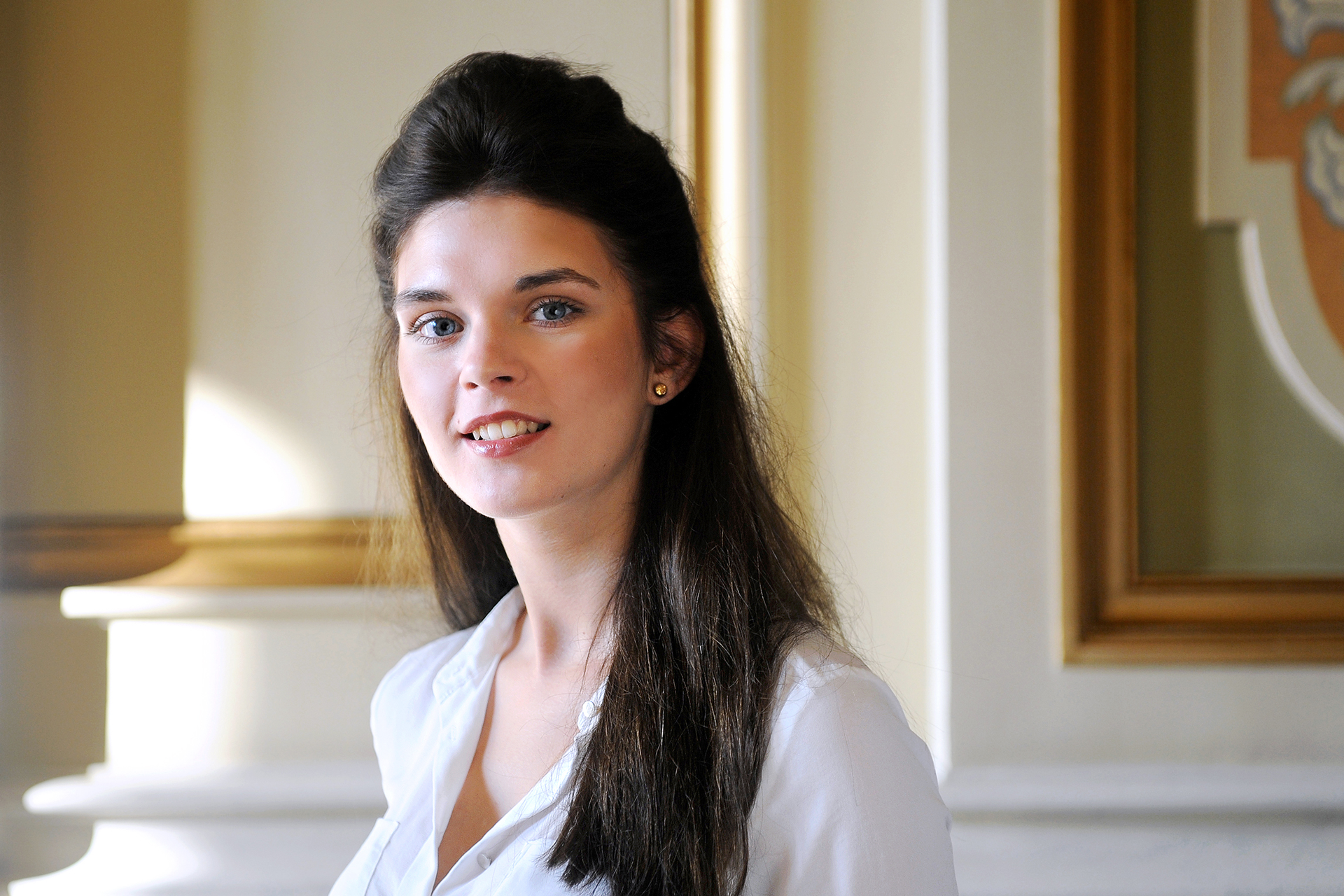 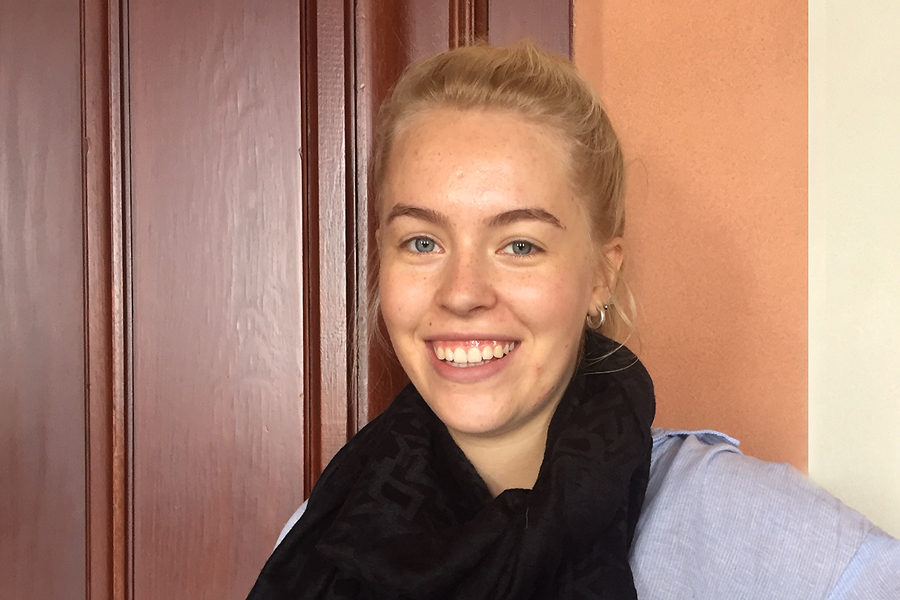 Celebrate your graduation from school in style with a School Leavers’ ball at the Historische Stadthalle.

Step out onto the red carpet in glamorous evening wear to a frenzied storm of flashing cameras just like the stars: a glittering ball awaits you in the Großer Saal.

Enjoy the occasion with your family, friends and teachers in our unique, historic setting and just pop those champagne corks to celebrate passing your final school exams.

A good sparkling of course requires the matching culinary highlights (for up to 800 people) arranged by our in house Culinaria catering company, who will also provide you with a large variety of gala buffet ideas.

Good planning is everything. So get in touch with our team: 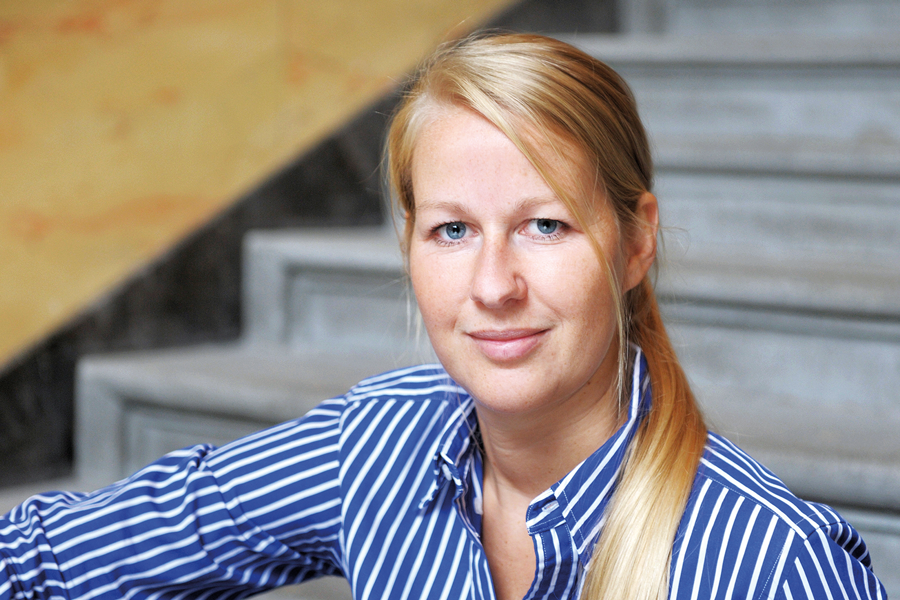 You are very welcome to come and view our venue. Please just arrange a meeting to do so.

Assistance with your particular fringe programme is just as much part of our service as providing you with information on security and GEMA. We are here to help!

For young people to enter into a musical career, for students and violinists with a university degree, preparing for an audition or who require supervision.

PROF. ALBRECHT WINTER
Studies in Leipzig with Klaus Hertel and Stefan Picard, Igor Ozim and Eduard Melkus. By 2003 leader of the 2nd violins of the Gewandhaus Orchestra. Since then Professor of Violin and methodology of the HfMT Cologne / Wuppertal. Since 1995 head of salon music series “That’s only once”. By 2014 head of the “New Bach’s Collegium Musicum”.

For students and young people who aim to study music.

MICHAEL SCHMIDT
Michael Schmidt started studying in Weimar and later on in Detmold with Prof. H. D. Klaus. Since 1994 he is the principal clarinet with the Staatsorchester Darmstadt and the "Festspielorchester Bayreuth". Frequently he is guest with the "Bayrische Staatsoper", the "hr-Sinfonieorchester und the "Deutsche Oper Berlin". Since 2003 he is teaching clarinet and methodology and didactics at the "Akademie für Tonkunst Darmstadt".

For students and young people, who are considering a music degree.

CYRILL SANDOZ
Cyril Sandoz studied at the Music Academy in Basel with Klaus Schuhwerk and the Musikhochschule Karlsruhe with Reinhold Friedrich. Since 2007 he has been the principal trumpet in the Wuppertal Symphony Orchestra and since 2012 he is lecturer at the HfMT Cologne / Wuppertal. He is also a member of various chamber music ensembles.

For students, graduates and young people who aim to study music or are preparing concerts.

For students and graduates, who intend to work on stage and young people aged over 16 who are considering studying music.

REPERTOIRE
Arias from opera/operetta and Lied

HEIKE S. DAUM
Studies with L. Bosabalian, R. Hiller and K. Richter. 1998-2012 member of the theaters i.e. Dortmund and State Theatre on Gärtnerplatz Munich (more than 70 roles in opera/operetta and musical). Since 2012 a guest soloist in German theaters and concert halls.

For singing students and advanced students who wish to study singing. Preparation for exams, competitions, auditions and entrance exams according to the level of education.

JUDSON PERRY
Jud Perry began his singing career in 2005 as a tenor. A permanent engagement at the Staatstheater led him to Wiesbaden, where he stayed until 2009. His repertoire included numerous operatic and concert roles. In August 2013 he began the unusual change to the countertenor. His first concert followed just six months later. A short time later he also returned to opera in the title role of Orlando in Vivaldi's "Orlando Furioso" and has since performed in numerous other roles in the field of countertenor.

For students, advanced pupils and graduate oboe players. There are three different content profiles for these distinct groups of participants:

For students, advanced pupils and graduate flautists. There are three different content profiles for these distinct groups of participants:

PROF. DIRK PEPPEL
Dirk Peppel studied in Essen with Matthias Rütters. He attended master classes among others at M. Larrieux and J. P. Rampal. More than 25 years, he was principal flutist of the Badische Staatskapelle Karlsruhe. Since 2004 he is professor of flute and chamber music at the HfMT Cologne / Wuppertal. His focus is on contemporary music. He was guest lecturerat the Universidad de Ciencias y Artes, Mexico.

This is the 11th time, the Wuppertal campus of the Hochschule für Musik und Tanz Köln and the Historische Stadthalle are jointly organising the Wuppertaler Musiksommer which includes an international organ competition, international music masterclasses and the Jugendkulturpreis, an award for cultural projects by young people.

This year marked the sixth time that the Hochschule für Musik und Tanz Köln and the Historische Stadthalle Wuppertal have jointly organised the Wuppertal International Organ Competition, endowed by the Mittelsten Scheid family.

Thirty young organists from 14 different countries participated in this year’s competition which took place as part of the Wuppertaler Musiksommer 2019. The jury of renowned experts – Professor Winfried Bönig, the organist of Cologne cathedral, Iveta Apkalna, the titular organist of the Elbphilharmonie concert hall in Hamburg and Dr. Naji Hakim, the internationally celebrated French organist and composer – invited ten of the participants to come to Wuppertal for the evaluation concerts.

The first prize, endowed with € 8,000, went to Marius Herb from Augsburg. The second prize (and € 5,000) was awarded to the Aachen organist Jannik Schroeder and the third prize (and € 3,000) went to Mona Rozdestvenskyte from Lithuania, who is currently studying in Detmold in Northern Germany. On 23 August, the young musicians demonstrated their prowess by performing works from their competition repertoire for a delighted audience at the closing concert of the organ competition in the Großer Saal of the Historische Stadthalle Wuppertal.

Marius Herb, born in 2000 in Augsburg, started to take an interest in the organ in 2013. That very same year, he was awarded a place on the development programme for young organists by the diocese of Augsburg and has since studied under Peter Bader, the Augsburg basilica organist.

In 2015, Marius Herb won third prize at the national level of the German music competition for children, adolescents and young adults, “Jugend musiziert”, and a year later, was awarded a scholarship at the Yehudi Menuhin Live Music Now foundation. He has taken master classes with, amongst others, Martin Schmeding, Thomas Lennartz, Hans-Jürgen Kaiser, Eric Lebrun and Michael Radulescu.

Since October 2016, Marius Herb has been studying church music at the College of Catholic Church Music and Musical Education in Regensburg. In October 2018, he began an additional “Organ as a concert discipline” degree course in Regensburg. His main subject is taught by the Regensburg cathedral organist, Prof. Franz Josef Stoiber.

Marius Herb has been acting as sub organist at Regensburg cathedral since 2019.

Marius Herb is the winner of the first prize at the Wuppertal International Organ Competition during the Wuppertaler Musiksommer 2019.

Jannik Schroeder was born in 1996 and was first taught to play the organ in Aachen by Klaus-C. van den Kerkhoff. He has been studying church music at the Hochschule für Musik und Tanz in Köln since 2014 where he graduated with a BA in the summer of 2018. He is currently enrolled for his Master’s. Among his teachers are the organist of Cologne cathedral, Professor Winfried Bönig, Professor Johannes Geffert and Wolfgang Abendroth. In addition, Jannik Schroeder attends master classes with such notable organists as Daniel Roth, Holger Gehring und Jan Ernst.

Jannik Schroeder has given concerts in many parts of Germany, the Netherlands, France and Chile. He is furthermore extremely active as a choirmaster, continuo player and répétiteur.

He is the organist and choirmaster of the “Versöhnungskirche” in Aachen.

In 2019, Jannik Schroeder was awarded the second prize at the International Organ Competition in Wuppertal.

Mona Rozdestvenskyte was born in Moscow in 1994. In 2012, she started to study church music at the Hochschule für Musik in Detmold where she gained her master’s in 2018. She is currently working towards her master’s in solo organ under Professor Martin Sander.

Her activities as a soloist have already taken Mona Rozdestvenskyte to Germany, the USA, Poland, Lithuania, Latvia, Estonia, the UK and Switzerland. From 2015 to 2017, she had a scholarship at the Bischöfliche Studienförderung Cusanuswerk e. V., an episcopal sponsorship programme for gifted young musicians.

Since 2017, she has been a church musician at the Pastoralverbund Bad Driburg – an association of parishes in Germany.

Mona Rozdestvenskyte has already successfully taken part in numerous organ competitions. She is the recipient of the third prize at the International Organ Competition Wuppertal 2019.

Free entry for all concerts 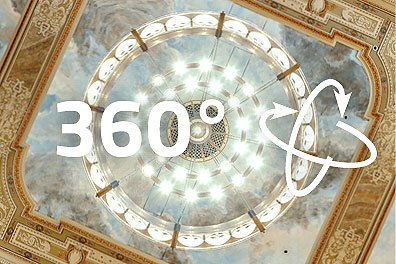 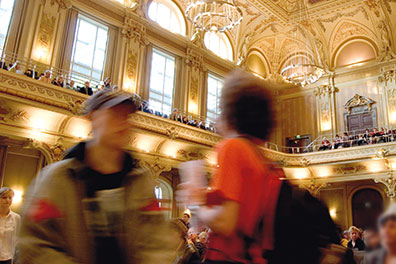 For students only
Stage flat rate 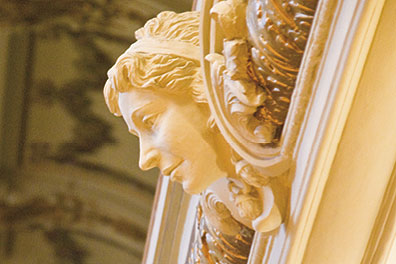 Next event
What’s on